Are Many Moles on Dark Skin Still a Melanoma Risk? 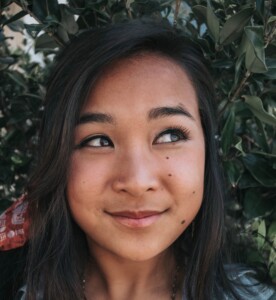 You may know that having many moles is a melanoma risk factor, but is this still a risk if you have a dark complexion?

Have you ever seen a person with a dark complexion and a large number of moles, and wondered if having so many moles placed that individual at a higher risk for melanoma?

After all, dark skin is less likely than a light complexion to develop this lethal skin cancer, which kills around 10,000 people in the U.S. every year.

On the other hand, having many moles is a risk factor for melanoma.

“More moles is generally thought to be a risk factor, as is light skin, light hair, light eyes,” says Dr. Rebecca Baxt, a board certified dermatologist with Baxt CosMedical.

“Darker skinned people tend to get worse melanomas probably due to delay in diagnosis.  It’s important to check hands and feet, especially in darker skinned individuals.”

Why is this malignancy “worse” in those with dark skin?

Dr. Baxt explains, “No one knows, but when African-Americans for example are diagnosed with melanoma, it tends to be at a later stage.

“We can infer that this might be due to lack of recognition since their skin is darker, or that doctors assume they have a low risk and don’t look for melanoma, or that they have less access to medical care; there is no good answer, just suppositions.

“But the fact is that the melanomas are often diagnosed later, so they have a poorer prognosis.”

Keep in mind that this particular skin cancer can develop under a fingernail or toenail, the bottom of a foot and inside the nose.

Why Is the Prognosis for Nail Melanoma Much Worse than Skin?

is an assistant clinical professor of dermatology at NYU and a member of the Skin Cancer Foundation. She also specializes in laser treatments, skin rejuvenation procedures, acne treatment and rosacea treatment.