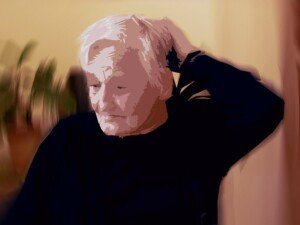 As odd as it is, it’s true: A urinary tract infection (UTI), also known as a bladder infection, will often produce cognitive dysfunction in an elderly person—symptoms that resemble dementia or Alzheimer’s disease. Usually, the elderly patient does not experience burning or painful urination.

A savvy physician will order a UTI test in an elderly patient who’s been exhibiting new-onset cognitive impairment.

But what is it about a bladder infection that could cause symptoms that mimic dementia?

“We know that any patient who is medically compromised [such as with Alzheimer’s disease], can get worsening symptoms with an infection anywhere in the body, including a bladder infection,” says Kenneth Peters, MD, chief of urology for Beaumont Hospital, Royal Oak, MI. “This includes patients with underlying dementia and other neurologic disorders such as multiple sclerosis.

“The exact mechanism of action is unknown, but if the infection causes fever, this is a systemic reaction that may have a transient effect on the patient’s underlying symptoms.”

What if a seemingly cognitively intact elderly person exhibits sudden-onset signs of cognitive impairment, and it’s found that this person has a urinary tract infection—and after the infection clears up, the “confusion” and “memory problems” also go away?

Does this mean that this elderly individual actually has a very early process of cognitive decline—something that falls below the radar of family members and friends, who pass off the occasional blips as “just a normal part of aging”?

An elderly person may seem normal and still be well-functioning in the activities of daily living, yet actually score in the mild cognitive range on the SLUMS test. SLUMS stands for Saint Louis University Mental Status.

If a seemingly normal elderly person develops sudden signs of dementia, and it turns out they have a bladder infection, and as it clears up with antibiotics, the mental issues disappear, it’s likely that this person already has a cognitive decline in process that’s too early to grab anyone’s attention.

In fact, many family members think it’s normal for senior citizens to have memory lapses and have some mental fog here and there, not realizing that these symptoms may actually be the start of dementia in that particular person.

Keep in mind that it’s normal to lose some cognitive function with advancing age, and this includes memory lapses.

But dementia is progressive to the point of disability. It is NOT normal for an elderly person to put a hairbrush in the refrigerator or forget her daughter’s name.

It would be very wise to have the elderly person, who exhibited dementia symptoms during a bladder infection, to undergo formal cognitive testing.

Dr. Peters, in practice for 30+ years, is board certified by the American Board of Urology. One of his specialties is treating bladder pain.