Is Your Doctor Taking Your TIA Symptoms Seriously? 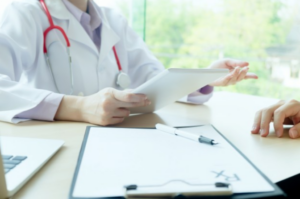 How often do doctors ignore TIA (transient ischemic attack) symptoms instead of seriously pursuing them?

Be leery of a doctor who doesn’t seem too concerned that your worrisome but temporary symptom might have been a transient ischemic attack, which is a mini stroke.

According to an article by Benjamin Wedro, MD, on emedicinehealth.com, TIAs (transient ischemic attacks) can present with the following symptoms:

Confusion, inability to follow commands, speech difficulties, visual problems, weakness or numbness on one side of the body, burning in a limb, clumsiness, loss of balance, dizziness and sudden falling (even if conscious).

Despite this flurry of TIA symptoms, my father’s primary care doctor told him he doubted he’d had a transient ischemic attack because when my father was in the ER, there’d been no observed one-sided weakness, paralysis or slurred speech.

Wait a minute: What about the other symptoms that my father had?

He’d gotten up around 3:30 a.m. to use the toilet because at this time, a loud thud had awakened my mother and me (I’d been staying with them because my father was a week out from knee revision surgery, and my mother was newly disabled from a herniated disc).

My father was stomach-down on the floor; it was obvious he had fallen forward over his walker, crashing down on top of it.

This was not from his knee; post-surgical rehab had been going well, and even if his knee had given out, he would have stabilized himself with the walker and remained upright.

However, it was clear that something forced him to outright drop smack over the walker; it was found under his leg as he lie stomach-down, struggling to support himself with his forearms and knees.

Possible TIA symptom #1: unconsciousness. The PubMed site and emedicineheath site say that TIA symptoms come on suddenly. A sudden loss of consciousness (albeit brief) would have dropped my father over the walker.

Possible TIA symptom #2: dizziness. A sudden attack of dizziness can topple an elderly person, even if his hands are on a walker.

Possible TIA symptom #3: Dr. Wedro’s article states, Drop attacks, in which the patient falls suddenly without warning, with or without losing consciousness, occur as a result of a TIA to the base of the brain.

Possible TIA symptom #4: inability to follow commands and/or confusion. My father was not able to follow my commands while he was on the floor, and seemed confused.

(The differential is that a concussion caused these symptoms; there was a purple and red “goose egg” on his forehead.)

Possible TIA symptom #5: mood change. While on the floor, my father was somewhat belligerent (out of his character), yet this completely passed in about five minutes.

Possible TIA symptom #6: memory loss. This too (along with #5), could have been from the head trauma.

An hour later in the ER, my father was trying to figure out the past few weeks and initially had no memory of the knee surgery.

The ER doctor did not aggressively pursue transient ischemic attack as a possible cause of the fall.

The knee appeared solid and X-rays were normal. The ER doctor had my father admitted due to an elevated heart enzyme (which was suggestive of a heart attack), but showed no alertness to a possible TIA.

Why wasn’t a TIA also suspected? The PubMed site lists an assortment of protocols that doctors should follow when a transient ischemic attack is suspected, and those protocols were not done at the ER.

Of course, the CT scan was given to check for subdural hematoma and stroke, but a negative CT scan (which it was) does NOT rule out transient ischemic attack!

In the hospital, the doctor making rounds on the cardiac unit told me, when I piped up about a transient ischemic attack, that my father’s fall “is not consistent with TIA.”

(He had no memory of the moments preceding it and thus cannot report what he was feeling right before he dropped.)

Why would the doctor say it was “not consistent with TIA” when, according to PubMed and emedicinehealth, a TIA can obviously drop someone?

Mayoclinic.com says a transient ischemic attack can cause sudden paralysis, and sudden blindness in both eyes.

How would this doctor know my father didn’t have a TIA causing these symptoms, which could have easily forced him over the walker and to the floor?

PubMed points out that blocked carotid arteries can send a clot to the brain and cause a TIA, and that an ultrasound of the carotids is an important test following a suspected transient ischemic attack.

My father had two carotid exams at the hospital; both showed clear arteries.

However, PubMed also states that a transient ischemic attack can originate from the brain and heart.

My father’s coronary calcium score two years ago was off the charts (1195), and he’s been on medication for heart disease for years.

Apparently, nobody asked if he’d ever had his calcium score taken, and nobody seemed concerned about his diagnosed heart disease.

Plaque buildup in the heart can dislodge, travel to the brain and cause a transient ischemic attack.

More alarmingly, nobody asked about his family history: His mother and sister have had strokes.

The conclusion from the doctors (cardiac problems and blood sugar issues were ruled out) was that a combination of Flomax, Lisinopril, dehydration and recent surgery caused orthostatic hypotension: sudden blood pressure drop from standing. However:

-He’d been taking those drugs for years.

-The “dehydration” was based on a urine sample the day before the fall (after which he filled up on water).

Yet this was his first “blackout.” Medical intuition tells me: transient ischemic attack.

Oddly, my father’s primary care doctor (note reference in fifth paragraph) also said that if he’d had a TIA, the symptoms would have been evident in the ER! “Most TIA symptoms resolve within a few minutes,” says Dr. Wedro’s article.

The primary care physician said that the Coumadin my father was on (to prevent post-surgical blood clots) was protective against a transient ischemic attack. Yes, it is, but  …   If Coumadin yields a 100 percent protection rate against TIA, I want to know what planet this occurs on.