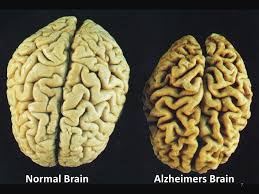 New research in diagnosing Alzheimer’s disease hails the possibility of a simple blood test that can make this possible.

Currently there is no way to definitively diagnose Alzheimer’s disease until after the patient is dead, when brain tissue is analyzed.

Otherwise, diagnosis of Alzheimer’s is based upon family history, cognitive assessment and physical and neurological exam.

The researchers in this latest development report that the blood test may soon be available.

The full report is in the May 2011 Journal of Alzheimer’s Disease, and the study was conducted by the Research Institute of the McGill University Health Centre (MUHC).

“Our clinical study shows that a non-invasive blood test, based on a biochemical process, may be successfully used to diagnose Alzheimer’s at an early stage and differentiate it from other types of dementia,” says Dr. Vassilios Papadopoulos in the report, director of the MUHC Research Institute, and the study’s senior author.

So how does this blood test work? There is a hormone in the brain called dehydroepiandrosterone (DHEA).

You may have heard of DHEA already, as it is sold commercially as a supplement. In the brain, this hormone exists in high levels.

The MUHC researchers took blood from patients with Alzheimer’s, and subjects without this disease.

The production of DHEA can be promoted via a chemical process known as oxidation.

Using oxidation, the researchers found that the levels of DHEA increased only in the participants who did not have Alzheimer’s.

Dr. Papadopoulos points out that a “clear correlation” exists between the absence of the ability to promote DHEA production via oxidation … and the extent of dementia present in Alzheimer’s.

He explains, “We demonstrated we could accurately and repetitively detect Alzheimer’s disease, with small samples of blood.”

He also states the blood test can be used to detect Alzheimer’s disease at very early stages.

The blood test has thus far proven to be easy and accurate, and the researchers are fully confident that it will soon be used as a universal diagnostic method for this incurable and fatal neurological condition.

A number of conditions can mimic the symptoms of Alzheimer’s.

In fact, according to Jacob Teitelbaum, MD, a board certified internal medicine doctor, Alzheimer’s disease is one of the most over-diagnosed medical conditions.

He states: “…physicians quickly write a prescription for the two Alzheimer’s medications which are largely useless – as this is what they’re trained to do in conferences and journals paid for by drug companies.”

To read what the other conditions are that mimic this horrific disease, and what Dr. Teitelbaum has to say, please go to: this article.